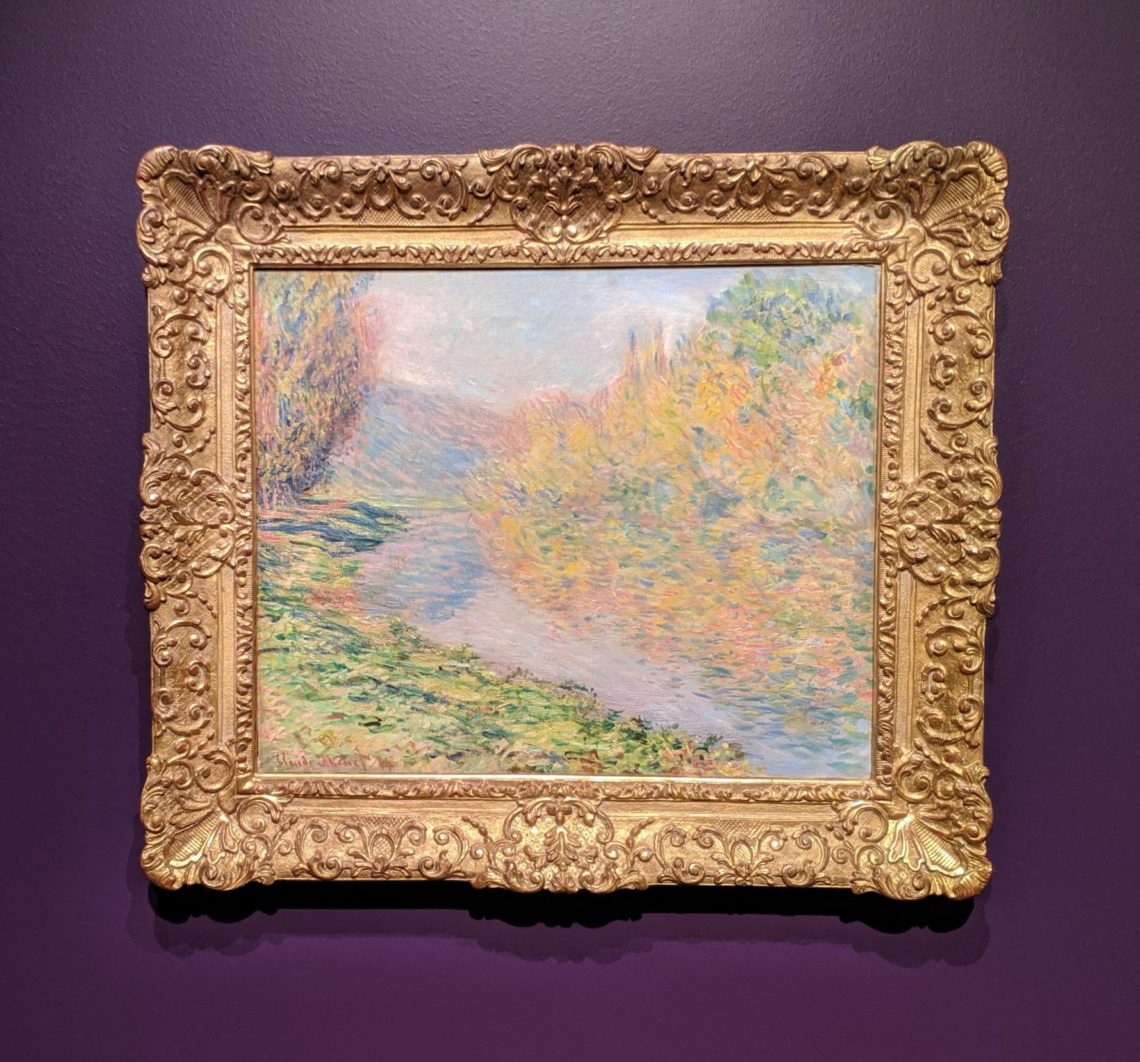 The ambition of Oscar-Claude Monet (1840 – 1926) to capture the changing of light and the passing of the seasons on painted canvases is the subject of the exhibition “Monet. Orte” on view through the 19th of July 2020 in Potsdam, Germany. Organized in cooperation with the Denver Art Museum (Colorado USA), the paintings currently being shown inside Potsdam’s Museum Barberini follow Monet’s journeys from the forests near Paris to the seaside in London and Venice, and along the coastlines of France. To further study color, reflections on the water, and the varied effects of weather conditions on nature, Monet also traveled to the Netherlands and Norway. The German word “orte” refers to the “places” where Claude Monet chose to paint and to live. You will be enchanted by Monet’s devotion to painting outdoors and his exploration of light on the lush vegetation surrounding his homes in Argenteuil, Vétheuil and Giverny.

Normandy & the Forest of Fontainebleau

Although born in Paris, Monet grew up in Le Havre, a booming port city in the Normandy region of northern France that was the country’s second largest harbor at the time. After an early career as a caricaturist, he turned his attention to Normandy’s seacoast and lush countryside, accompanying established realist painters like Eugene Boudin, Johan Barthold Jongkind and, later, Charles-François Daubigny on painting excursions. These artists mentored the young Monet, encouraging him to paint outdoors — en plein air. The experience of direct contact with nature set Monet on the artistic path he would follow from then on.

For anyone wishing to become an artist in the second half of the 1800s, Paris was the place to be. The city bustled with energy and optimism, and opportunities to learn and exhibit one’s works were plentiful. The Impressionist movement, which rejected the rules of the Academy of Fine Arts about how and what to paint, started in Paris. Monet and like-minded artists began experimenting with loose brushwork and pure, unblended colors to capture the light and movement they observed directly in nature and in everyday life around the city. Short trips to the countryside for leisure activities also became easier, as a rapidly developing railway system now offered fast access to several flourishing resort towns.

Escaping to The Netherlands

After moving to London in 1870 to escape the Franco-Prussian War and the civil unrest that followed, Monet spent four months in Holland in 1871. This was the first of several trips to the Netherlands throughout his life. During his first visit he lived in the small town of Zaandam near Amsterdam. Zaandam’s network of crisscrossing canals, distinctive windmills, lively river life, and quaint, jumbled architecture offered a change in scenery that pleased and fascinated Monet.

In late 1871, Monet returned from the Netherlands and settled in Argenteuil, a fashionable escape for city dwellers only fifteen minutes by train from Paris. A haven for pleasure boating and weekend excursions, Argenteuil offered an appealing mix of modernity and pastoral serenity. Accompanied by his wife Camille and son Jean during his seven-year stay, he enjoyed domestic happiness and financial stability. His contentment is evident in these peaceful paintings. Argenteuil’s location by the Seine must have played a key role in his choice to settle here, as his subsequent moves to Vétheuil and Giverny followed the path of the Seine deeper into the French countryside.

In 1878 Monet moved to Vétheuil, leaving behind increasingly populated Argenteuil. Located on the banks of the river Seine about a three-hour train ride from Paris, Vétheuil was truly in the countryside — a sleepy, medieval village largely untouched by the industrialization that had changed the look of Argenteuil throughout the 1870s. Surrounded by this more isolated and rural environment, Monet chose to paint views that centered “on nature” rather than “on the people out in nature,” thus focusing on pure landscapes. His attention to seasonal changes introduced a sense of introspection and immersion in the natural world that would occupy him for the rest of his life.

In Winter: France and Norway

In the winter of 1879-80, it was so cold that the Seine froze. When it thawed, the blocks of ice flowing on the river offered a landscape unified by a palette dominated by white and fractured by fragments of frozen snow moving on the surface. Winter scenes from various locales recur in Monet’s work. Monet returned to the subject of an iced-over Seine during the harsh winter of 1892-93 while he was living in Giverny, and he traveled to Norway in 1895 to capture the snow-blanketed views of its countryside. With the subtle nuances of his color palette, Monet reminds us that white can indeed be the most complex of all colors.

Monet caught the subtle nuances of color even within such a seemingly monochromatic scene as a snow-laden landscape. But he was often frustrated by color’s fleeting nature. Monet said, “I’m chasing the merest sliver of color…. I want to grasp the intangible…. Color, any color, lasts a second, sometimes three or four minutes at most. What to do, what to paint in three or four minutes? They’re gone, you have to stop. Ah, how painting makes me suffer!”

Monet was fascinated by the meeting of rocks, sea, and sky on the coasts of Normandy and Brittany in northern France and returned repeatedly throughout his life to paint their towns and villages. In his depictions of the windswept cliffs and white-capped water, Monet evoked a sense of nature’s power that was altogether different from the peaceful images he created of the Seine valley. By intentionally choosing a high vantage point, Monet maximized the dramatic encounter of natural elements.

Encountering the intense light and kaleidoscopic colors of the Italian and French Riviera in 1884 and 1888 was transformative for Monet. The enchanting light and exotic vegetation of the Mediterranean was unlike anything he had experienced before and inspired a number of bright landscape paintings. Monet felt he needed jewel-like colors to render accurately the buildings, palm trees, and azure water — “I’ve caught this magical landscape and it’s the enchantment of it that I’m so keen to render. Of course lots of people will protest that it’s quite unreal and that I’m out of my mind, but that’s just too bad,” Monet said. Likewise, when he visited Venice for the first time in 1908, Monet was again struck by the quality of light and the myriad reflections it offered.

The Colors of Fog: Le Havre to London

In the second half of the 1800s, London was the largest city in the world — a busy multicultural center of industry, banking, and trade. Monet traveled to London for the first time in 1870, and then made a string of visits around the turn of the century. Bridges, reflections of light, and shimmering veils of haze and mist over the river characterize Monet’s views of the English capital, often enveloped in a distinctive fog. He stated, “The fog in London assumes all sorts of colors; there are black, brown, yellow, green, purple fogs and the interest in painting is to get the objects as seen through all these fogs.”

In 1883, Monet moved his family to Giverny, about ten miles further down the Seine from their previous residence in Vétheuil. Until his death in 1926, the small farming community remained his cherished home, which he recorded in countless landscape paintings. It was here that he designed his opulent gardens with the lavish waterlily pond that was to become the almost obsessive focus of his late work. But before that, his interests mainly lay in the agricultural and pastoral setting of Giverny, with its rows of towering poplar trees and fields of flowers, oats, and corn. He made multiple variations of grainstacks in the changing light of the seasons and times of day, resulting in his first comprehensive series devoted to one single motif.

The Seine at Giverny

The Seine, the long river that begins in the east of France, crosses through Paris, and ends in the English Channel, was a regular feature in Monet’s paintings throughout his career. For an artist enamored of water and attracted by the challenge of capturing its reflections, the Seine was an ideal choice. Monet’s search for direct contact with nature motivated him to follow the example of his friend and fellow painter Charles-François Daubigny and turn a boat into a floating studio, where, surrounded by water, he could paint his poetic and personal depictions of mornings on the Seine.

By purchasing an adjacent plot of land, diverting the flow of a nearby stream, and importing quantities of exotic plants, Monet created a magnificent water garden especially designed as a setting for plein-air painting. Modeled on Asian examples, it included a waterlily pond with a Japanese-style footbridge. The daily view of this man-made paradise and its constant changes with the hours of the day and the seasons inspired him to colorful depictions of nature, whose often radically free brushwork anticipated the abstract painting of the mid-20th Century.

All images of seascapes and landscapes shown above were taken by us in Denver, Colorado, where this exhibition was shown under the title Claude Monet: The Truth of Nature from October 21, 2019 through February 2, 2020. Two photos taken from other sources are marked with an asterisk (*). We owe special thanks to the Denver Art Museum for presenting the greatest display of Claude Monet paintings since the Art Institute of Chicago organized Monet: A Retrospective in 1995. We credit and thank the Denver Art Museum for the text which appears alongside our photographic images in this article.

We present this article for your pleasure, realizing that many of our followers in Germany and around the world will be unable to view the exhibit “Monet: Places” at the Museum Barberini. Thank you for visiting. We encourage you to read our other articles, we appreciate your opinions, and we look forward to your comments regarding the greatest Impressionist, Oscar-Claude Monet! 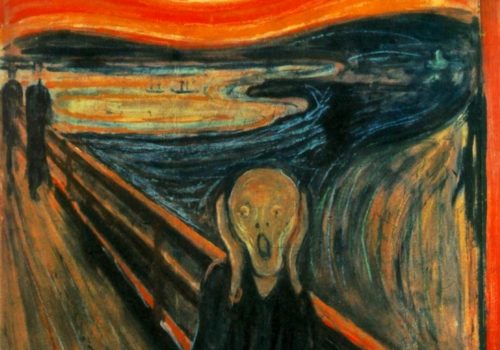 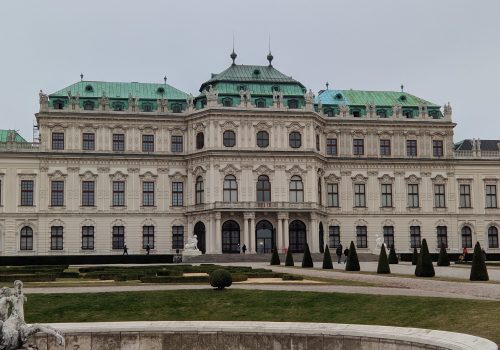 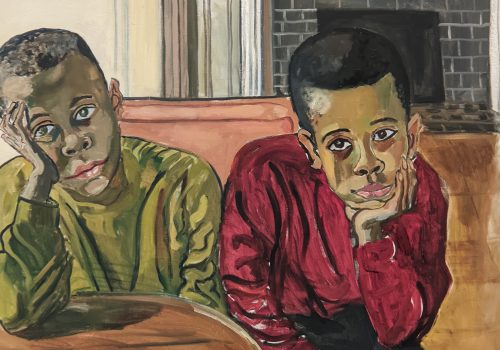